In a culture that places so much emphasis and meaning in women’s strengths and abilities, we tragically neglect one of the greatest of all assets women possess.

We march for women who choose to compete in the workforce. We demand equity in women’s career opportunities. We engulf young girls with support if they express an iota of interest in the fields of science, technology, engineering, or math.

But what about the young women whose desired career path is child rearing? What about the wanna-be stay at home moms? They’re told to want more for themselves, to dream bigger, that there’s more to life.

We train women to be astronauts, biologists, architects, executives, authors, entrepreneurs, but not to be mothers.

As a result, we’re seeing an increasing trend in postpartum depression, motherhood guilt, burnout, anxiety, worry, and mothers who return to work after having children.

When did child rearing and homemaking become less admirable pursuits than basically any occupation with a time card and paycheck?

Why do I feel a twinge of embarrassment when I tell people I’m a stay at home mom with a blog?

The Profile of a SAHM

While I know there are certainly organized, happy, content stay at home moms that have their stuff together, I think the disorganized, overwhelmed, unraveling mamas are more common.

We’re suffering from an identity crisis. Because we’re taught that motherhood is just something you do for a phase of life, we no longer know who we are when our entire lives, our every waking minute, are consumed by it.

We wouldn’t think anything of to introduce ourselves by saying, “Hi, I’m an engineer” or a professor, or an attorney. We might even do so with a touch of pride.

But how many of us confidently introduce ourselves as moms without feeling like we’re missing an “and?”

We lose our identities because the world tells us we have to have one outside of motherhood, yet motherhood makes up such a significant part of who we are.

We Haven’t Been Taught the Skills of Motherhood

If we were fortunate, we absorbed lessons in parenting and home management from our mothers or grandmothers. But the reality is that we enter motherhood with a sparse toolbox, or a toolbox of the wrong devices. By and large, we have to figure it out for ourselves.

In the process, we end up burned out, thinking we have to do everything for everybody all the time, but not quite knowing how.

We’re overwhelmed because we don’t know how to prioritize the endless list of tasks on our shoulders, and so nothing seems to get done.

We lose our identities because our worlds revolve around everyone else’s needs.

We’re ashamed of our status because of the stigma that staying home with the kids is a luxury and convenience, and requires little more than folding laundry while binge-watching Friends.

We’re dissatisfied with our lives because everything is spiraling out of control, yet each day is a repeat of the one before and we never seem to gain any traction.

We might not even feel supported by our husbands because they also haven’t been taught what motherhood means. On some level, many men have ingested the mindset that staying home with the kids isn’t a real job because it doesn’t contribute to the household income, and it doesn’t make sense to them why you can’t seem to keep up your end of the deal, or why you complain about it when they don’t.

Before you can set about correcting your husband’s perspective or this societal stigma, you have to reframe your own concept of motherhood.

Your printable is on its way to your inbox!

Motherhood IS a Career Path

You first need to start thinking of motherhood as a career. Maybe you didn’t set out intending to choose this career–maybe it chose you. But you’re here now, so call it what it is.

Motherhood is a career.

One of the most demanding careers on the planet. You’re always on call, and the job necessitates a hugely diverse range of skills.

And unless you exclusively foster or adopt, you also incubate and birth human beings.

That might not even cover everything you do, but whoa, Mama, you do A LOT.

In the professional world, all of those different roles would be borne by a team of people.

The average career person works forty to fifty hours a week. A particularly enterprising one might even work eighty, ninety, or a hundred! But there are 168 hours in a week, and I’ll bet you’re on call or even on duty for almost every single one of them.

And probably no one pays you a dime for your time and efforts.

None of that is to say that we should feel resentful, though! We do a ton, and it’s important to recognize that, but not for the purpose of lording over our husbands and children, or entitling us to shopping sprees, bad moods, or quid pro quo demands.

We have to recognize motherhood for what it is because by minimizing it, we minimize ourselves–our self worth, our identities, our accomplishments.

Are We Failing at Motherhood?

Motherhood is a service-oriented career, meaning we might not frequently get a whole lot of tangible compensation. We may not hear a lot of ‘thank-yous,’ or receive much recognition at all. Our families will likely not understand just how much of ourselves we pour into our career day after day after day (and night!).

But the fruits of our labor are there. In the character of our children. In the contentment of our husbands. In their full tummies, and their clean hair, and their fresh clothes.

What you do matters, Mama. Your life has so much meaning. The more you look for it, the more you will see it.

Sure, everything’s not always perfect. Sometimes dinner is Cheerios and cheese sticks, and sometimes the dishes don’t get washed before bed, and sometimes the baby licks dust off her hands because you haven’t swept, but by no means have you failed.

Yet, if motherhood is a legitimate and demanding career with high potential for fulfillment and reward, why are we so dissatisfied by it?

How is it that our husbands can wake up excited for a new day of work, passionate about their careers, and driven to succeed, yet we wake up dreading another day at our jobs, cringing at the thought of our to-do lists, and wishing the day away before it’s even begun?

Something isn’t adding up, and I believe it’s our lack of preparation for motherhood.

We haven’t been trained for the job.

We don’t know what to expect.

We wear most or all of the hats with no staff or support team.

We don’t have nights and weekends off, and vacations are the same work in a different location.

We don’t know how to prioritize our tasks or establish routines.

We’re being dragged behind a bus and we just can’t get our feet under us to catch up.

What can we do to fix this?

For nearly a century, the British bicycling team stank hard core. They were so atrocious, that one of the top bicycle equipment manufacturers refused to sell to the team anymore because they were embarrassed to have their brand associated with such consistent losers.

So the team finally hired coach David Brailsford. His approach to set the British cycling team on the winning track was a strategy he called, “the aggregation of marginal gains.” He believed that if you break down the entire process of riding a bike to the smallest pieces and steps and then improved each one by just 1%, the sum would result in substantial improvements to the whole.

And guess what? A few years later, the British team dominated the Olympic Games and the Tour de France.

I believe we can take this same strategy and apply it to motherhood. If we shattered this giant puzzle of motherhood into all of the tiny pieces that we struggle with and improved each fragment, think of the impact it could have on our families and ourselves.

I’ve challenged myself to start finding the ‘marginal gains’ in motherhood, and so can you.

You Can’t (Effectively) Fake What You Don’t Know

One of my college professors loved to say, “You need a license to drive a car, but anyone can have a kid.”

It’s a sad reflection of our societal values. That we care more about the competency of who sits behind a steering wheel than who raises the next generation.

I can’t tell you how many times I’ve read and heard the words, “Nobody really knows what they’re doing” (in conjunction with motherhood). The ‘fake it till you make it’ motivational line.

There’s a better way to do this, and we can figure it out together. Between all of us mamas, we’re gathering such a wealth of information, if only we just shared more of it! My goal with this blog is to share what I’m learning with you, but I don’t claim to be an expert by any stretch, so I’d also love if you shared what you know with me!

In the meantime, we can help ourselves, each other, and future mamas so much by acknowledging motherhood for what it is–A CAREER–and stop feeling inferior or insecure for “only” being a mom.

Let me know in the comments below… What aspect of motherhood do you struggle with most?

Previous Post: « 9 Unique Ways to Calm a Fussy Baby (When You’re at Your Wit’s End)
Next Post: Why Your Baby is Extra Fussy: The Profile of a High-Need Baby » 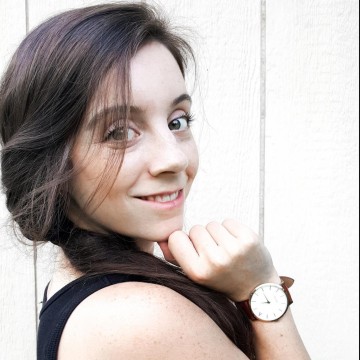 I want to encourage you to find your own parenting style by putting on your mom genes and tailoring your parenting instincts.

I believe that you are the best parent for your child, and I want to help you believe that, too.

If we haven't met yet, come introduce yourself with an email, or on Instagram!

11 Questions to Pinpoint Your Overwhelm

Join the tribe for insider emails and private access to free printables and resources!

Let's figure out motherhood together.